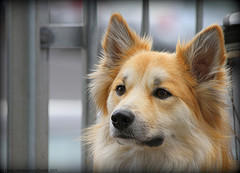 You know the difference between mammals and reptiles, amphibians and fish, but we bet they didn't teach you these fun facts in biology class:

1. Just like the human fingerprint, every cat's nose sports a ridged pattern that's unique only to them. The same can be said for the pattern on a dog's nose.

2. A hummingbird's wings can flap up to 80 times per second. The tiny bird is the only bird with the ability to fly backwards.

3. Killer whales (a.k.a. orcas) aren't whales; they're actually dolphins. The largest member of the dolphin family, killer whales have no known predators. They're even higher on the food chain than the great white shark, which orcas are known to hunt and eat.

5. Only female mosquitoes bite. The itchiness that results from the bite is your immune system's reaction to the insect's saliva. The more you scratch, the more your system goes into overdrive, so hands off that bite!

6. Owls have a reputation for being wise, but this predatory bird is actually quite dumb. Owls are known to be difficult to train, as the bird is only wired to hunt rodents—and that's about it.